The easiest way to get started with Redis on the Mac

Just download, drag to the applications folder, and double-click. 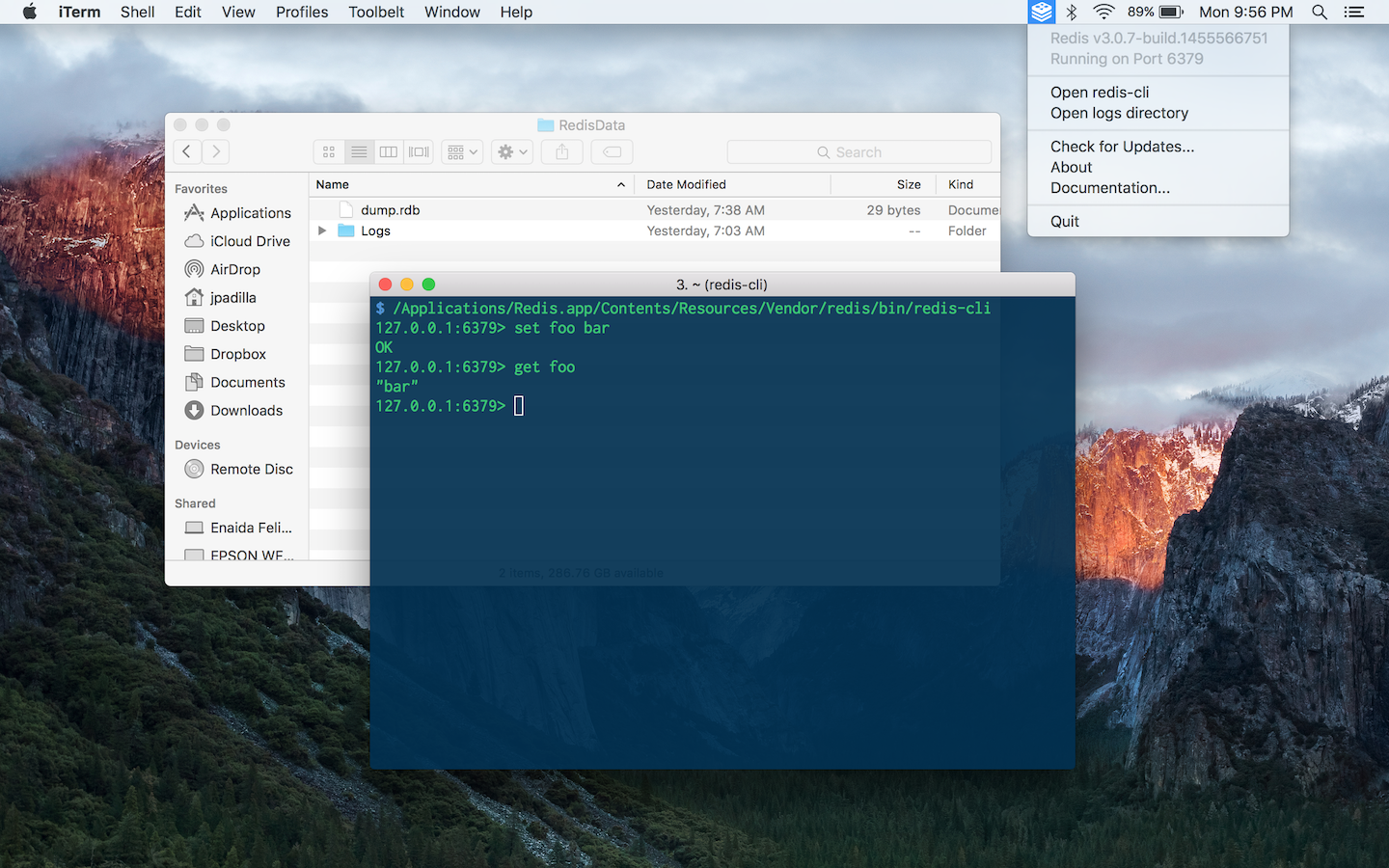 Version numbers of this project (Redis.app) try to communicate the version of the included Redis binaries bundled with each release.

The version number also includes a build number which is used to indicate the current version of Redis.app and it's independent from the bundled Redis's version.

Adding Redis binaries to your path

If you need to add the Redis binaries to your path you can do so by adding the following to your ~/.bash_profile.

Forked and adapted from Mongodb.app. Site design by Giovanni Collazo.